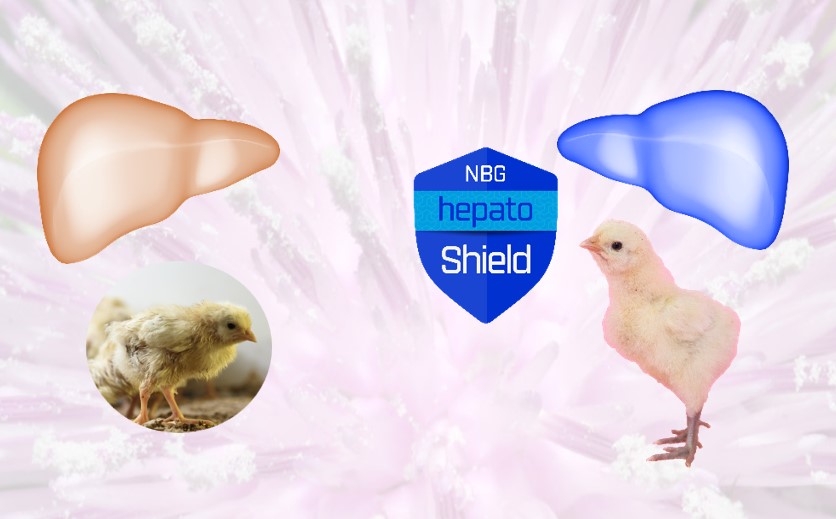 This week we wanted to talk to you about the hepatoprotective mechanism of silymarin against lipid peroxidation demonstrated by the ability to reduce the serum contents of ALP, AST enzymes.

We recall that silymarin is a milk thistle extract rich in several hepatoprotective and antioxidant molecules such as Silybin A and B.

In our case we have created the NBG HepatoShield, which is a source of boosted Silymarin, this has been possible thanks to the exclusive HHH System that includes the NBG BioBoost boosting technology, which also makes it possible to achieve a very competitive cost-effectiveness ratio.

You can find out more about NBG BioBoost technology by contacting us:

NBG HepatoShield has been shown to effectively neutralize the hepatotoxic effects of mycotoxins when fed in the broiler diet, but has also been shown to act as a growth promoter for the animals under standard conditions, giving ROI’s >6 !

Finally, we attach a very interesting article in which the hepatoprotective mechanism of a silymarin source is evaluated, although in this case silymarin is not potentiated, a certain hepatoprotective effect can also be observed when animals are challenged with another type of hepatotoxicant, namely CCl4 (Carbon Chloride 4).