The Mistletoe and Christimas 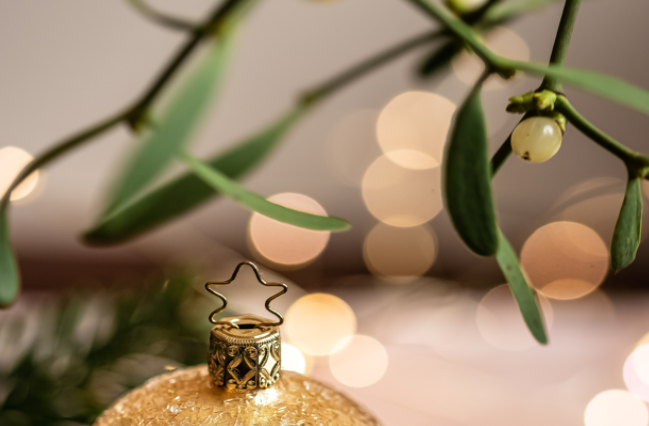 This week that we are approaching Christmas we are not going to talk about a plant or extract related to animal health, but we will even talk about a plant that can become poisonous to humans and animals, we are referring to the Mistletoe.

Nor are we going to explain about its medicinal or toxic properties… this time we are going to explain where the tradition so widespread in Western culture of kissing under the branches of a sacred plant in several European cultures comes from.

Specifically, the tradition is not found in the Christian tradition but in a tale of Norse mythology:

… legend has it that when Baldur, son of Odin, was haunted by dreams that announced his death, his mother Frigg, the goddess of love, assured all the plants and animals of the world by means of an oath that they would not harm him. However, Frigg forgot about the mistletoe, so Loki made an arrow of mistletoe and was able to kill Baldur, but the goddess of death Hel, brought Baldur back to life and overwhelmed with joy Frigg commanded the mistletoe to produce white berries as a reminder of her tears and also promised a kiss to all who passed underneath.

And with this legend we wish you… Merry Christmas!